I have roughly a thousand contacts in my Google account that are synced to my Android. Since they’re saved in Google’s server, I don’t worry if I have to hard reset my phone, for instance. Or the worst thing: it’s lost. So, actually, I would never remove any contact unless it’s really disappeared from this earth. Wkwkwk…

Then comes to my mind a desire not to let a few of them seeing my activities on Whatsapp, in this case status updates. Yeah, maybe I’m the only one who really get paranoid about sort of thing called “online privacy”, actually “fake privacy”, I know.

So, in one day, unintentionally, I found one of my contact had no name on Whatsapp. I rather confused then, what caused it. So thanks to my super curiosity, I kept searching, and eventually I found out a suspect: ASUS Contact Manager, coupled with a setting inside Whatsapp. Take a look these screenshots: 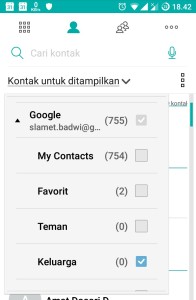 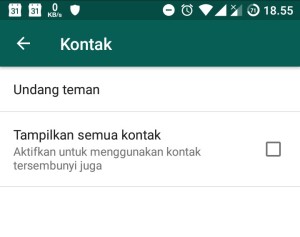 Un-tick the option to show all contacts

And as the result, only certain people who can see my rapid status updates on Whatsapp. Wkwkwk…

Of course I don’t have to do all those sort of things though, since the one who can see our Whatsapp updates is he/she who also save our phone number in his/her phone. I haven’t tried it on other phone than Zenfone, as I couldn’t find the feature to show/hide contacts. Perhaps you have found it out? Just push your comment below.

Edit 06.2018: Whatsapp has removed the checkbox option whether to show all contacts or not as per about April or May.

Hi again! You might be surprised for I post this in less than 24 hours after the previous one, so did I. 😁

Here will I share my first ever experience on packaging an RPM package in Fedora Linux. Umm, actually not the first time though, as I have been trying this before, but I didn’t record it in my mind. I mean I forget when or how it was going. 😁 END_OF_DOCUMENT_TOKEN_TO_BE_REPLACED

This time, I’ll present a tutorial about video editing with Kdenlive, an awesome video editor for Linux. The tutorial is about how to force video aspect ratio to 16:9. Sometimes, we’ve got a recording of TV and it has a distorted aspect ratio. I mean, the resolution is not fully fit on screen, rather it’s 4:3 instead and has black boxes at the left and right side. So I will show you how to deal with it.

Please just check this out, even though it’s in Bahasa Indonesia. 🙂

Downgrading is something that looks scary. Come to think of it: come back to the past is something everyone afraid of, right? 😀 Nevertheless, sometimes downgrading is the option we want to choose when the current app is not working well, and there is no option to upgrade.

Recently I had VLC in Fedora that cannot stream from my Raspberry Pi DLNA server. The server is not listed on the UPNP playlist. While when I try VLC in Android, it could see the server. In the debug log message (CTRL+M), there were a couple of error messages, something like upnp services discovery: Initializing libupnp on '(null)'.

And actually, the workaround is simple: there is a feature of DNF to downgrade the working version of packages. In this case, the newest version of VLC that I installed from COPR repo cannot work with the latest libupnp version. Then I have to downgrade it to the previous version which fortunately still working.

Fedora includes and enables firewall rules set by default. I mean –as an end user opinion– it’s not the same as Ubuntu. When I was using Ubuntu, everything just works, no hassle caused by firewall. Then when the first time I tried Fedora, there are a few restrictions created by firewall configuration. I’m not really understand firewall, though. But soon I learnt it.

TL;DR, at least I’ve got 3 hurdles in dealing with Fedora firewall default config. They are blocked by the config, i.e

By then, I put them as whitelist apps to be allowed in the Firewalld config manager. Then this day, I look again, and actually I totally disable the firewalld of systemd.

Odoo is an open source ERP application for business, formerly known as OpenERP. Its core is Python and using PostgreSQL for the database. It’s a web-based app, so that you can install it on a server capable machine. In this case, I talk about Raspberry Pi 2, installed Raspbian Jessie.

By following a brief tutorial from here, I was successfully getting Odoo running on Raspberry Pi 2. But it still had a little glitch: when I want to create PDF report, it threw error:

I had a dual boot system: Windows and Ubuntu ever since I knew Linux world. So, I always have a separate partition to store files, which both OS can access them. The partition is always formatted with NTFS, something that’s not come from Linux world. Something like an alien for Linux, but has a good integration, since the Linux contributors gave support for NTFS partition. So, there’s no difficulty to read files in NTFS drive with Linux.

“Hey, there is /etc/fstab out there.” You may think so. Oh, yeah, I almost forget this one. Actually we can set the partition to be automounted in every boot. But I don’t know why I avoided this approach since then.

So, I always use the automount option of Ubuntu instead. Ubuntu has the option to automount the drive/partition somewhere in the system settings if I remember correctly. After I switch to KDE desktop, I also found the option in the KDE systemsettings. So, I’ve got the partition to be automounted as soon as I log in to the plasma desktop.

A little trouble with Fedora

Now I also use Fedora in my daily basis. And I also choose KDE as the desktop. But, after a while, I found out that KDE was unable to automount the NTFS partition like Kubuntu did. Even though I have checked the option to ‘automount at login’, it still didn’t work.

Then, a couple of days ago, I asked people in the #fedora-kde channel at Freenode IRC about my problem. Then a person with username ‘rdieter’ pointed about  ‘Privilege escalation’ in Fedora.

So, I just asked google about it, and it’s actually a piece of cake to find the best answer. I followed the instruction in AskFedora forum here. And it’s just work! Great! Here’s the workaround I managed to do automount partition in Fedora.

Follow the guide for Fedora 17, but the file should be saved to /etc/polkit-1/rules.d/99-mount-partitions.rules and its contents should be:

The writer noted that it’s for Fedora 18, but the comment below it states that it’s also working for Fedora 22. And yes, so does Fedora 23. Now, Dolphin doesn’t ask for password when I click on the NTFS partition. 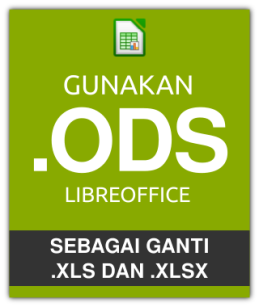